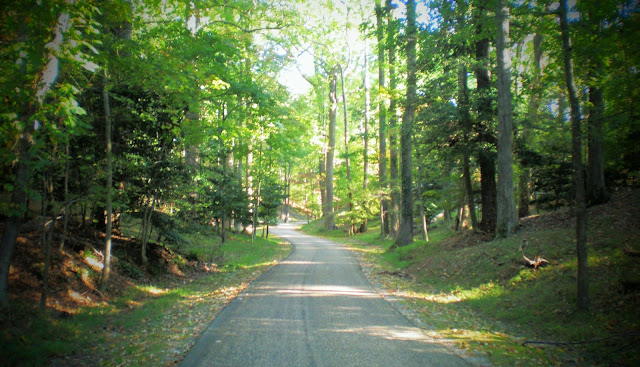 The First Vision story I grew up with is the 1838 account found in Mormon scripture. At one point, my young women's group was asked to memorize this selection:


"I saw a pillar of light exactly over my head, above the brightness of the sun, which descended gradually until it fell upon me... When the light rested upon me I saw two Personages, whose brightness and glory defy all description, standing above me in the air. One of them spake unto me, calling me by name and said, pointing to the other—This is My Beloved Son. Hear Him!" (Joseph Smith History 1:16-17)

I'm not the only Mormon to be told this version. Mormon paintings depicting Joseph Smith kneeling in the woods with two white-robed figures in the air above him are common. The church has put out a number of videos showing the same scene. Mormon missionaries teach this version of the First Vision. Mormon congregations sing hymns like "Joseph Smith's First Prayer" (Hymn #26) that describe when God the Father and the Son appeared to Joseph Smith in a glorious pillar of light. It's a very important part of Mormon theology. The prophet Gordon B. Hinckley even said:


"Well, it's either true or false. If it's false, we're engaged in a great fraud. If it's true, it's the most important thing in the world... And that's exactly where we stand, with a conviction in our hearts that it is true: that Joseph went into the Grove; that he saw the Father and the Son; that he talked with them." (Gordon B. Hinckley, Interview "The Mormons"; PBS Documentary, April 2007)[1]

I always considered myself lucky to have an understanding of the true nature of the godhead. God is our father, Jesus is his son, and they are two separate beings. I knew from my history classes that there have been times when Christian factions debated the true nature of the godhead (i.e. Nicene Creed). I didn't have to waste my time with that. I knew what the godhead was like. Joseph Smith had seen God and Jesus. They were two separate beings. I knew it was true because the church was true.

Then one day I was doing some reading. It was probably an article about the Joseph Smith Papers. This set of documents was published by the church in 2008, which meant it was safe to read because it wasn't "anti-Mormon" like the other stuff people could find on the internet. The documents were meant to provide more insight into church history, and I was excited to learn more about the history of my religion. During my reading, I learned for the first time that the 1838 version of the First Vision wasn't the only version. I thought this was very interesting. What did the other versions look like? I decided to look them up.

I started skimming the different versions. I saw that in some versions, only one personage appeared to Joseph, and in some versions, God and Jesus were both left out altogether. The nature of the godhead changed depending on the version. How was this possible?

I quickly tried to throw it all on my mental shelf, to suppress the doubts and bring back faith. But faith in what? The 1838 version? Why not one of the other versions?

This information was incredibly heavy, and a shelf can only hold so much weight. I would never be able to trust the church version of "history" again. I had found that there were different versions of the founding story of my religion. What if other things I thought were constant, like the godhead, actually had "multiple versions?" I still wanted to have faith, despite the doubts. My shelf was intact. But it was starting to crack.


Notes:
1. Another quote from Hinckley: "Our entire case as members of The Church of Jesus Christ of Latter-day Saints rests on the validity of this glorious First Vision. ... Nothing on which we base our doctrine, nothing we teach, nothing we live by is of greater importance than this initial declaration. I submit that if Joseph Smith talked with God the Father and His Beloved Son, then all else of which he spoke is true." (Gordon B. Hinckley, Ensign Mag., Nov. 1998, pp.70-71)
2. Snippets from the different versions:

"I saw the Lord and he spake unto me saying Joseph my son thy sins are forgiven thee. go thy way walk in my statutes and keep my commandments behold I am the Lord of glory I was crucifyed for the world"
---
"I called on the Lord in mighty prayer, a pillar of fire appeared above my head, it presently rested down upon me, and filled me with joy unspeakable, a personage appeard in the midst, of this pillar of flame which was spread all around, and yet nothing consumed, another personage soon appeard like unto the first, he said unto me thy sins are forgiven thee, he testifyed unto me that Jesus Christ is the son of God; and I saw many angels in this vision"
---
"[I] gave him a brief relation of my experience while in my juvenile years, say from 6, years old up to the time I received the first visitation of Angels which was when I was about 14, years old"
---
"I retired to a secret place in a grove and began to call upon the Lord, while fervently engaged in supplication my mind was taken away from the objects with which I was surrounded, and I was enwrapped in a heavenly vision and saw two glorious personages who exactly resembled each other in features, and likeness, surrounded with a brilliant light which eclipsed the sun at noon-day. They told me that all religious denominations were believing in incorrect doctrines, and that none of them was acknowledged of God as his church and kingdom. And I was expressly commanded to 'go not after them,' at the same time receiving a promise that the fulness of the gospel should at some future time be made known unto me"
---
Brigham Young quote: "The Lord did not come with the armies of heaven, in power and great glory, nor send His messengers panoplied with aught else than the truth of heaven, to communicate to the meek, the lowly, the youth of humble origin, the sincere enquirer after the knowledge of God. But He did send His angel to this same obscure person, Joseph Smith jun., who afterwards became a Prophet, Seer, and Revelator, and informed him that he should not join any of the religious sects of the day, for they were all wrong; that they were following the precepts of men instead of the Lord Jesus; that He had a work for him to perform, inasmuch as he should prove faithful before Him."
http://firstvisiontimeline.com
Email ThisBlogThis!Share to TwitterShare to FacebookShare to Pinterest