5: A Shelf Full of Doubts 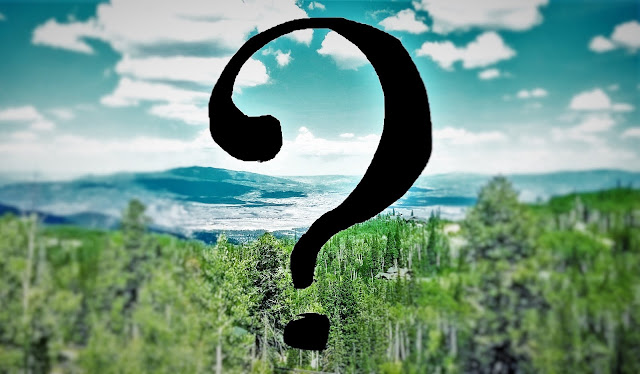 Mormonism has a language of its own. This can lead to some funny situations, like asking God to "nourish and strengthen our bodies" while praying over a box of doughnuts. At other times, the language is used to manage thoughts and steer doubt toward faith. "I guess we'll find out in the next life" and "it's not important to my salvation" are phrases used in response to questions that don't seem to have answers. If past leaders said things that are disavowed today, then they were "speaking as a man," and if current leaders aren't acting the way they should, then a version of this old adage applies: "The church is perfect, even if the people in it aren't." A new saying that seems to be rising in popularity is "doubt your doubts before you doubt your faith." All of this language focuses on turning thoughts away from questions and doubts and towards faith in the church and its leadership.
Another form of thought management in Mormonism is the mental shelf. I didn't think in terms of this analogy while I was a believer, but it's a helpful metaphor often used by former Mormons in explaining their experience in Mormonism.  The idea is that a Mormon takes information or experiences that aren't faith promoting and puts them on a "shelf," which holds the information and doubts that could lead them to question their faith. Using a mental shelf means that the member suppresses whatever information or experience has caused them to doubt something about the church while focusing on increasing their faith with information and memories that are faith promoting.
I didn't realize it at the time, but I used my mental shelf a lot. The Bible includes plenty of things I doubted were from the God I knew: murders, genocide, incest. I could chalk most of that up to the Bible being mistranslated [1], but Mormons still teach from it. The Book of Mormon also contains disturbing stuff. Nephi beheading Laban? Ammon cutting off people's arms? I put the weird stuff from the scriptures on my shelf, meaning that I focused on the faith promoting parts of the texts and tried to ignore the parts that made me doubt.
Then there was polygamy. When I was a believer, I didn't know that Joseph Smith practiced polygamy or that the church today still allows men to be sealed to multiple spouses in the temple.[2] But I still had questions. Was Brigham Young "speaking as a man?" Why would a loving God allow polygamy to happen? I put polygamy on my shelf and went along with the idea that "we'll find out in the next life."
The older I got, the heavier my shelf got. Scriptures can be mistranslated. Leaders can lead in the wrong direction. My feelings can be interpreted incorrectly. Prayers aren't always answered. Bad things happen to good people. Suppress, suppress, suppress. Have faith despite everything else.
At some level of cognition, I knew there were problems with Mormonism. I told a friend during high school that I'd be an atheist if I weren't Mormon. I didn't recognize how ridiculous that sentiment sounded because I had compartmentalized my brain very effectively.

I could have been an atheist if I thought about the information on my shelf. But that's why I had a shelf: so that nothing, not even truth, facts, or evidence, could keep me from being faithful.